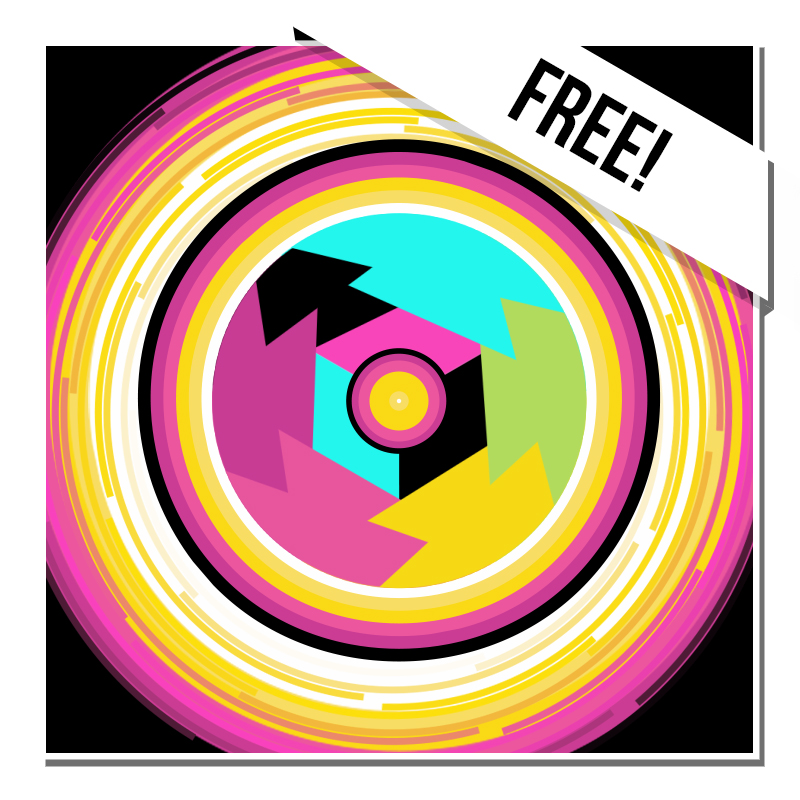 Circles is a free script for After Effects, which can create impressive animations and transitions in a fraction of the time it would take to create conventionally.

Simple to use, powerful and infinitely customisable!

Full details below the video!

Circles should work with After Effects CS6+.

If the script doesn't work for you, let me know what's happening by emailing circles@othercubed.com, or leaving a comment below! If you can't get it to run, there's a number of template compositions ready to use that you can import into your project.

You must ensure that wherever you want to put the scripts, the FFX files must be within the same folder as the script! If you're having problems with the script not showing up in your AE scripts menu, try taking them out of the 'Circles' folder, so the JSX and FFX files are directly in the scripts folder.

How to use Circles:

I'd suggest watching this video I've put together of some of the features and workflows for Circles, to give you a bit of an idea of how to start!

When you run the 'Create Circles Comp.jsx' script, the newly created comp should look something similar to this:

You won't see anything on the comp yet! You need to select the Controller layer, and in the layer effects change the Fill and Stroke Color selections under Appearance<Color (left).

You're good to go! The only thing you need to keep in mind while creating your animations is that all of the expressions are set up to use a set number of non-circle layers. There must always be 3 layers above the circle layers, and none below it!

How do I add/remove Circle Layers?

To remove circle layers, just unlock however many you want to delete and delete them!

How do I change the colours?

You set the fill and stroke layers as illustrated above! If you want to change the colours of the circles, just set the layer you want to see to be visible (the eye icon). It will read colours from right to left, with the right hand side being the top of the circles, and the left being the bottom.

The Fill and Stroke layers come with a 4-colour gradient effect already added to them, but you can add any effect you want in there, and animate it to your liking! You can even swap out one of the colour layers for a precomp, and use it to sample your colours from images or videos! Check out the video above to see examples, and there's a bit of a better look at which buttons to press below.

I'll run through each option on the Controller layer:

Time Offset (Seconds): The time offset in seconds of the rotation, scale and position properties of the animation layer. Keep in mind that seconds are quite long, so it's normally best to keep this between 0.02 and 0.5. Reverse it to reverse the offset!

Circle Size: The size of the circles in the animation, separated from the 'size' of the controller. This won't be offset by the Time Offset.

Size Offset: This offsets the size of the layers. If it's set to 0 all the layers will be the same size. It's not controlled by the 'size' keyframe of the Controller layer.

Circle (Checkbox): When this is on the layers will all be circles! Polygon sides and Polygon roundness will have no effect when this is checked.

Polygon Sides: The number of sides that the polygons will have. 3 is a triangle! No idea what 20 is called though. If you animate between these, the polygon will 'grow' new sides instead of snapping between them.

Rotation Offset: This offsets the rotation of the layers - similar to the size offset, it's separate from the 'rotation' keyframe of the Controller layer.

Stroke Thickness: Controls the thickness of the stroke on the circles.

Fill Color Layer: Here you choose the layer you want to control the Fill of your Circles. It will read the layer right to left, with the right colour being the top layer! When you load the script, you should set this first before you begin.

Fill Color Sample Offset: This will offset the y axis sample of the layer you have chosen to use for your fill. By default colours will be taken from directly across the center of the layer you've chosen!

Distribute Position: This will distribute your layers across the screen to better show you where the fill is being taken from. Remember to uncheck it again when you're done to go back to your keyed frames.

Stroke Color Layer: Here you choose the layer you want to control the Stroke of your Circles. It will read the layer right to left, with the right colour being the top layer! When you load the script, you should set this first before you begin.

Stroke Color Sample Offset: This will offset the y axis sample of the layer you have chosen to use for your stroke. By default colours will be taken from directly across the center of the layer you've chosen!

Cut Amount: 'Cuts' the circle with a single cut from an edge point inwards. If only the strokes are turned on, it will look the same as a slice!

Cut Angle: Changes the point on the circle that the cut starts.

Cut Rotation Offset: Offsets the rotation of the cuts on each circle individually.

Cut Time Offset: This lets you offset time of the effect. It works the same as the main 'Time Offset (seconds)' Control!

Slice amount: Makes your circles into slices of tasty-a-pizza. 'Slices' them radially from the center (unless you've changed the center point)

Slice Angle: Changes the angle of the slice on all of the circles.

Slice Position Offset: Changes the center point of the slicing for lots of variety - eg. if you put it above the circles it will look more like a wipe than a slice!

Slice Offset (Time): Time offsets the slicing of the circles, if it's been animated. Offsets separately from the first time offset, so you can mix it up!

Wave Cut Amount: This controls the amount that the Wave will cut the object.

Wave Width: The width of each 'wave'

Wave Height: the height, or strength of the wave

Wave Rotation Offset: Offset the rotation of the waves on each layer!

Wave Position Offset: Offsets the position of the wave - for example, if you move it up you can make the circle look as if it's a liquid, and moving it sideways will move the waves across!

Scanlines Amount: The amount, or thickness of the scanlines.

Scanlines Width: The width of each scanline. Set it higher to make them wider!

Scanlines Rotation Offset: Offsets the rotation of the scanlines on each layer!

If the script doesn't work, let me know why (circles@othercubed.com, or the comments below) and I'll try and help with my very limited coding knowledge.

I've made this in my spare time as a fun and (hopefully) useful tool, so I can't promise any full support for it.  I also can't accept any liability should something go wrong while you use it, or if anything breaks.

I'm happy for you to use it wherever and however you want, but if you do it'd be great to credit and link back to my site! I love seeing what you guys are up to, and a link back here helps me hugely.

Many thanks to Zack Lovatt (http://zacklovatt.com/) for his guidance with some of the scripting, and putting up with me pestering him.

Have fun, let me see what you manage to do with it, and let me know any changes or future versions you'd like to see!

Thanks for downloading! If you'd like to subscribe to my newsletter, enter your email address in the box below. I very rarely send out emails, so don't worry about being overloaded. When I do send out emails - it's always something worth checking out!